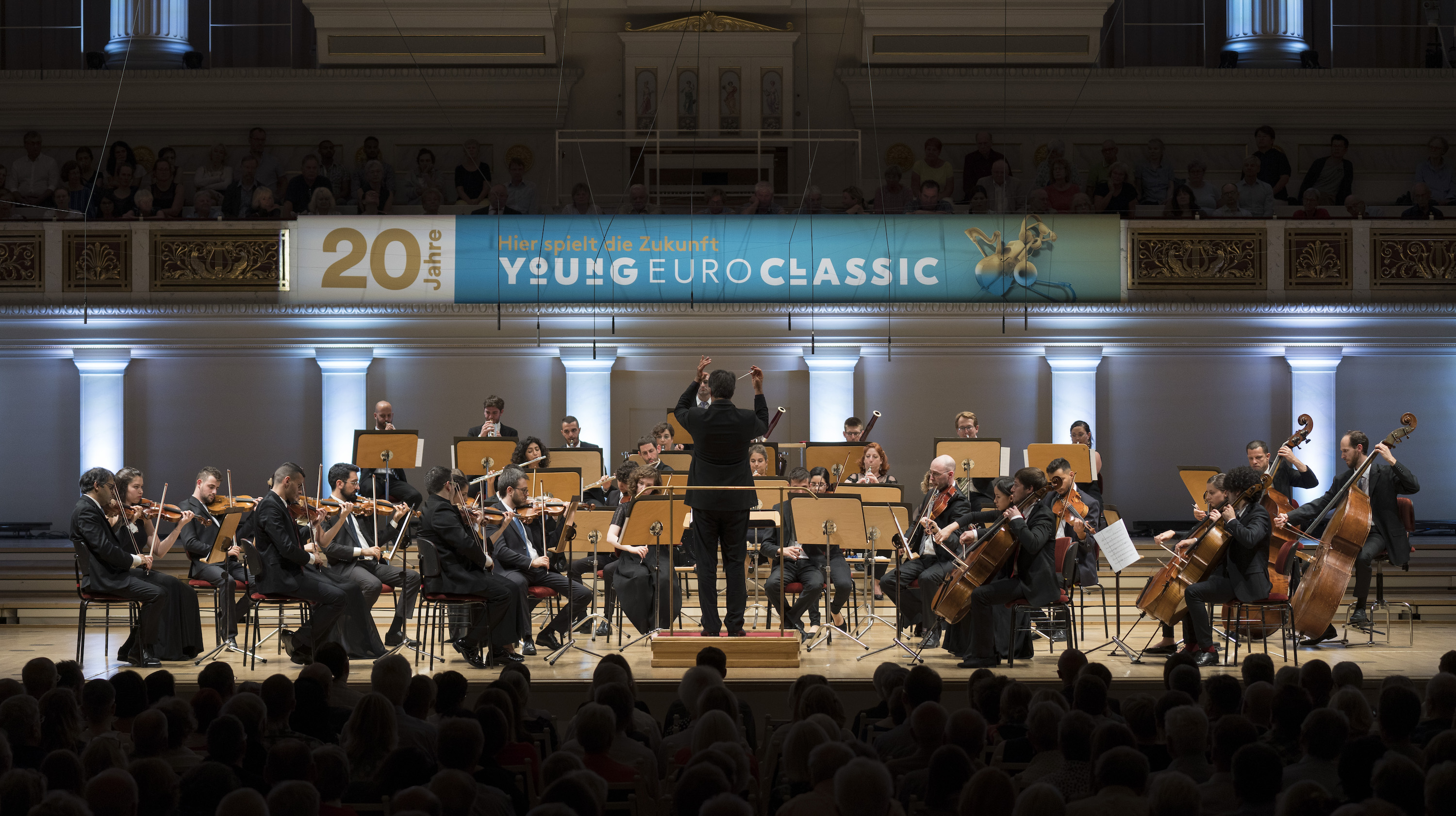 “Polyphony embodies so many beliefs I have about the power of music– its potential to inspire, to teach, and to heal divisions for both audiences and performers alike. For the past four years, I’ve watched this remarkable organization nurture today’s students as they grow into mature artists, while fostering and strengthening community and shared ideals. I am so excited to be performing with them in 2020, and to continue watching Polyphony as it brings its message of hope and harmony to audiences all over the world.”

About the Galilee Chamber Orchestra

The Galilee Chamber Orchestra broke ground as the first professional orchestra composed of both Arab and Jewish musicians in Israel. When it started in 2012, the ensemble included only three Arab musicians; now, more than seven years later, the 35-member orchestra boasts equal numbers of both Jewish and Arab musicians. The Orchestra enjoys an international reputation and performance schedule of six major concerts a year, plus numerous performances as part of Polyphony’s in-school music education program, Alhan.
Led by pianist and conductor Saleem Ashkar, the Orchestra brings together musicians from all over Israel from Tel Aviv, Jerusalem, Haifa, and Nazareth, and includes members of the Israeli Philharmonic, other professionals, and 15 of Polyphony’s most advanced Conservatory students, Seminar participants, and Conservatory graduates (between 17 and 26 years old). This combination ensures a high level of performance and provides a unique energy to the ensemble. At the same time, this dynamic connects Polyphony’s other programs and provides a tangible goal for young musicians.
Moved by Polyphony’s top-notch musicianship and vision for Arab and Jewish equality, world-famous musicians from cellist Lynn Harrell to pianist Sir András Schiff have performed with the Orchestra in Israel. The Galilee Orchestra’s impact also extends throughout Israeli society: its performances bring classical music to students in peripheral regions, enriches communities with burgeoning cultural scenes, invites audiences together for a shared musical experience, and serves as a model for cooperation and cultural exchange in Israel and abroad. The Orchestra’s work also aims to enhance the status of Nazareth as a culture capital of Israel’s Gaillee Region.
In the summer of 2019, the Galilee Chamber Orchestra reached a significant milestone with its first European tour. The Orchestra traveled to Germany for performances at the Konzerthaus Berlin, the Christuskirche Hannover, the Osnabrück Music Festival, and at the Rheingau Festival.

The Orchestra in rehearsal at the Konzerthaus Berlin on July 31, 2019.

A performance at the Christuskirche in Hannover on August 4, 2019.

At the Christuskirche in Hannover on August 4, 2019.

In 2020, the Orchestra looks forward to a July performance at Israel’s Kfar Bloom Music Festival as well as its North American debut in December. The Orchestra has also received invitations to perform in Brussels, Hannover, and Lyon in 2021.

The Galilee Chamber Orchestra is supported by grants from the U.S.-based Russell Berrie Foundation, the Louis L. Borick Foundation, and generous individual donors. The Orchestra is a program of Polyphony Education and in addition to funding from US based foundations and donors, it is supported in Israel by funding from Yad Hanadiv, the Israeli Ministry of Culture, and dedicated individual donors.

Haaretz: “In the Beginning There were Three Arab Musicians” 9 Dec. 2019

hr2 Kultur: “At the table with Saleem Ashkar, an interview with Andreas Bomba” 08 Aug. 2019 Highlights from the Orchestra’s debut at the Konzerthaus Berlin on July 31, 2019.

Galilee Chamber Orchestra performs in Nazareth, Israel on December 22, 2018.  Hear from some of Polyphony’s friends, students, and families about their experiences.

A 2015 performance of the First Movement in Beethoven’s Fourth Symphony.

Introducing the Polyphony with Renée Fleming. 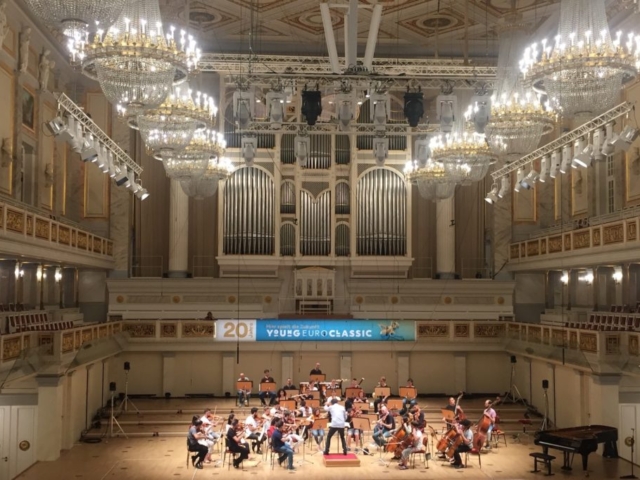 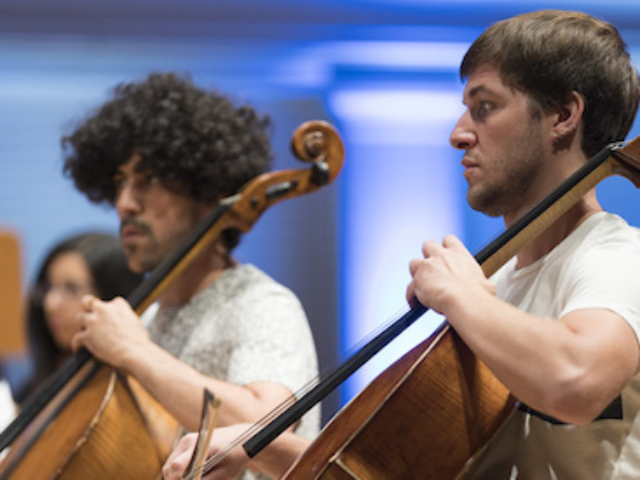 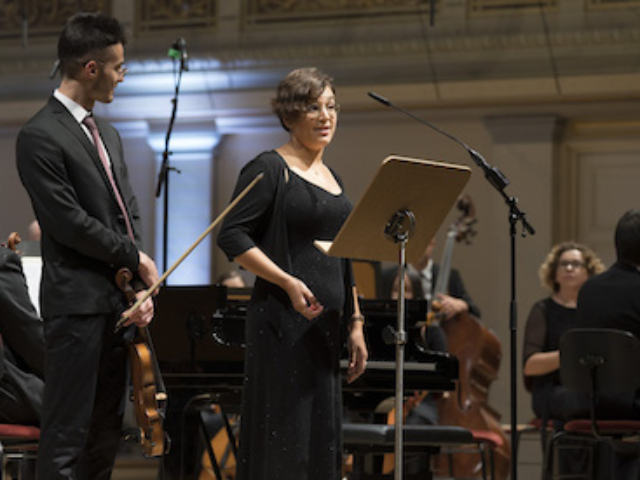 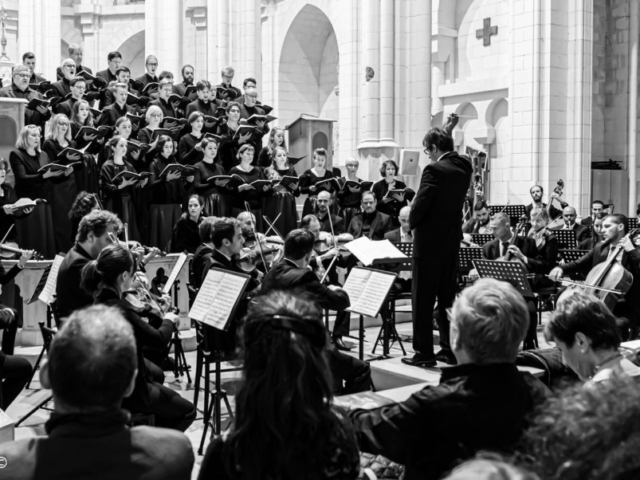 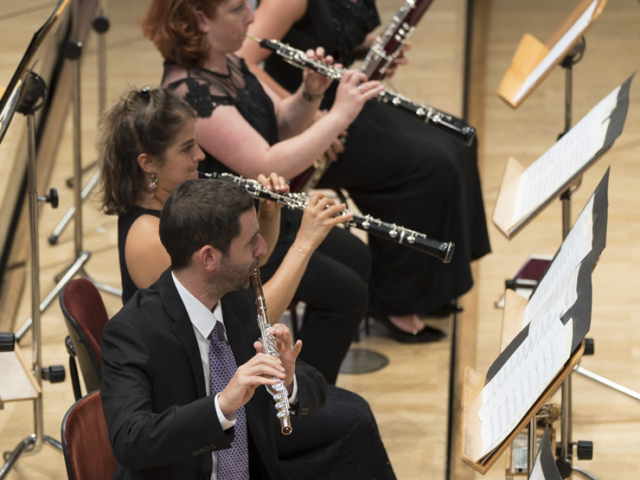 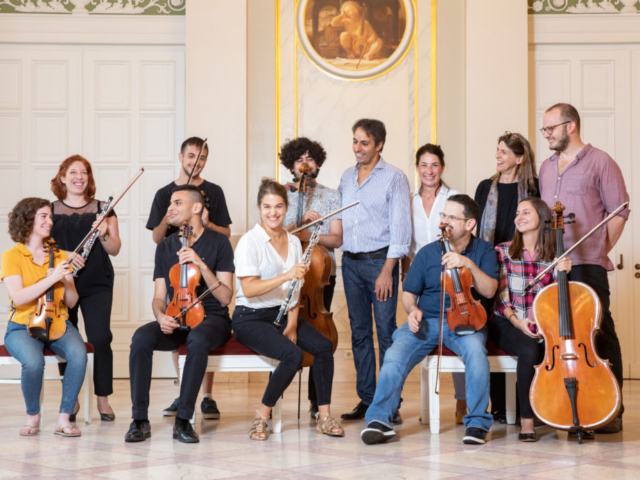 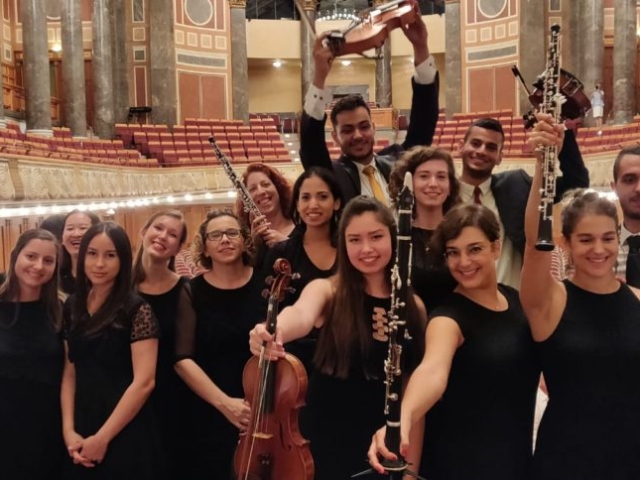 A dedicated recitalist and chamber musician, Saleem has a particularly strong reputation as a Beethoven specialist and has recently performed a complete Sonata cycle in Prague, Duisburg and at the Konzerthaus Berlin. This season, he will perform a series of recitals in Copenhagen and Milan exploring the early, middle and late sonatas of Beethoven alongside works by other composers influenced by him. Additional recent and future recital appearances include the Wigmore and Queen Elizabeth Halls in London, the Elbphilharmonie Hamburg, and Musikverein Vienna.

Saleem is Artistic Director of the Galilee Chamber Orchestra, comprised of students and young professionals to encourage collaboration between Arab and Jewish communities in Israel. Saleem works with them as both conductor and soloist. Recent engagements have included the Orchestra’s European debut in Germany. He is also a co-founder of the Al-Farabi Music Academy in Berlin, an organization whose work brings young people access to a musical education.

Saleem can most recently be heard on Decca Records, performing the Mendelssohn Piano Concertos with the Leipzig Gewandhaus and Chailly, and two Beethoven Concertos with the NDR Elbphilharmonie and Ivor Bolton. Saleem is also recording the complete Beethoven Piano Sonata cycle for Decca, the first three discs of which are already released. “If you can make music together, you can do anything together.“