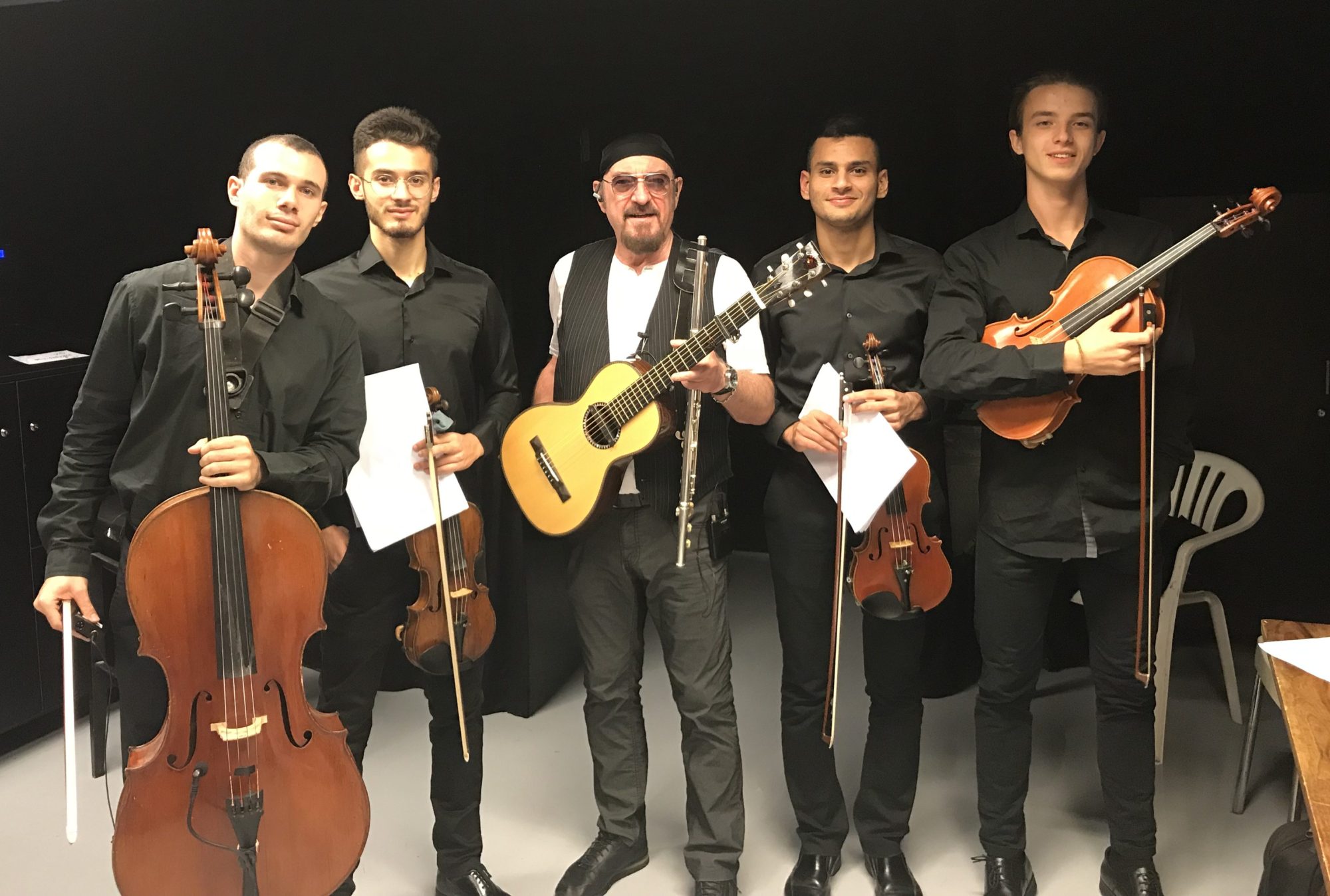 Members of Polyphony’s Quartet performed with Jethro Tull’s lead singer and flutist, Ian Anderson, during his recent visit to Israel, part of the group’s worldwide tour commemorating 50 years since the band’s formation.

Anderson, known for his unique style of playing the flute, announced that he would donate part of the revenue from the group’s last three shows in Israel to the Polyphony Foundation and two other organizations.

“I believe this will give hope to a younger generation and fulfill the values of a communal life,” said the leader of the veteran group in an announcement made in his name.