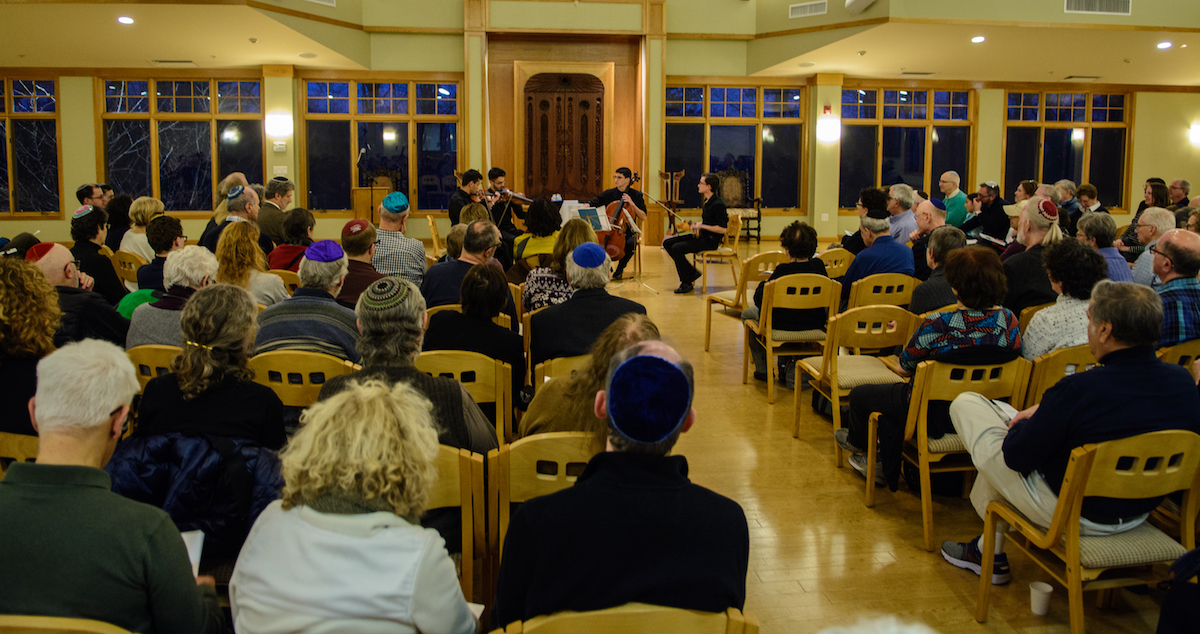 Polyphony’s programs in Israel enjoy the support of and collaboration with other not-for-profit organizations, educational institutions, and local and state entities in 37 different locations across Israel. Among these partners are:

The Zevulun Regional Council, located in the Haifa District between the cities of Haifa and Nazareth, is expanding its partnership with Polyphony. This year, all four of the region’s elementary schools and two high schools will participate in Alhan. Of the six schools, three are Arab and three are Jewish.

This year, the Alhan curriculum features Prokofiev’s classic narrated work, Peter and the Wolf. Local high school students in Zevulun will collaborate on a theatrical production of the piece and perform it with Polyphony’s musicians at the end of the school year for the area’s students attending Alhan’s Explained Concerts.

In a major program development, the Jerusalem Academy of Music and Dance partnered with Polyphony to focus on advancing the Nazareth Conservatory. Professors from the Academy regularly visit Nazareth, and the Academy’s graduate students will join the Conservatory’s faculty on a part-time basis.

Additionally, students from the Academy and the Conservatory come together to play chamber music throughout the year, with students from each institution traveling to and from Nazareth and Jerusalem for rehearsals. Finally, in another element of our partnership, Polyphony will host the Academy’s musicians in Nazareth for a concert in February 2019.

The Keshet Eilon Music Center and Polyphony have developed a partnership based on the shared understanding that music and the arts have the power to transcend long-existing cultural and social boundaries between Arab and Jewish communities in Israel.

Driven by this belief, both entities have created opportunities for Arab and Jewish youth to make music together while supporting and developing excellence in the field of classical music. Each Scholar-in-Residence seminar is focused on achieving those goals.

The Israeli Opera shares Polyphony’s deep interest in cultivating the future generation of musicians and including Arab music lovers in its audience.

In November, the Opera began providing 20 free tickets to each production for students attending Polyphony’s conservatory in Nazareth.  Some upcoming programs that students may choose to attend include Mozart’s Magic Flute, David Sebba’s Alice in Wonderland, and What About the Deer?  In the spirit of Alhan, musicians and singers from the opera will travel to Nazareth to give pre-performance talks to students, enriching their musical experience and education.