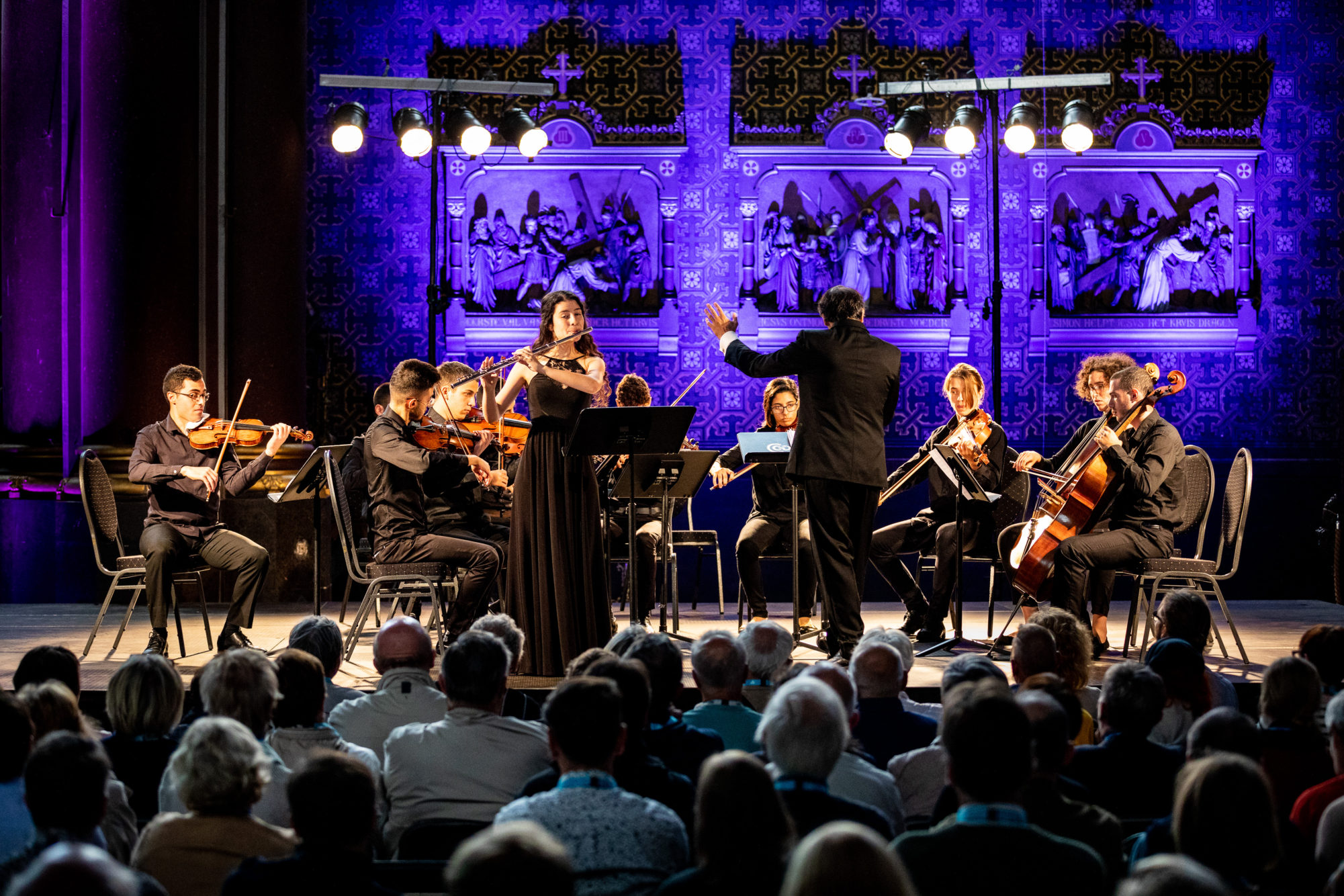 The Polyphony Ensemble traveled to Belgium in September where they gave over 10 concerts at a variety of independent venues, including the Ghent Festival of Flanders. Performances featured works by Vivaldi, Bach, Stamitz, Grieg, and favorite selections in Arab and Jewish traditions.

Friday, September 14, Zottegem
The Polyphony Ensemble will perform works by Vivaldi, Bach, Stamitz, Grieg, and favorite selections in Arab and Jewish traditions for local community leaders in the central church of Zottegem in Belgium’s province of East Flanders.

Saturday, September 15, Ghent
The Ensemble will perform at OdeGand, part of the Ghent Festival of Flanders’ opening day celebrations and performances. They’ll play works by Vivaldi, Bach, Stamitz and more at the St. Anna Church. Performances at 13:15; 15:30; 17:00.

Sunday, September 16, Deinze
By invitation of the Rotary Club Deinze, Polyphony will perform for an audience at Sint-Hendrik College in Deinze and enjoy a reception after. Tickets are available here. Works by Vivaldi, Bach, Stamitz, Grieg, and favorite selections in Arab and Jewish traditions.

Wednesday, September 19
The Ensemble will be joined by a guest pianist to perform a Mozart piano concerto to a private audience.

Where did they go?