Creating meaningful social change in one of the most volatile regions in the world calls for visionary leadership, innovative methods and a deep commitment to young people—qualities that define the people behind Polyphony. 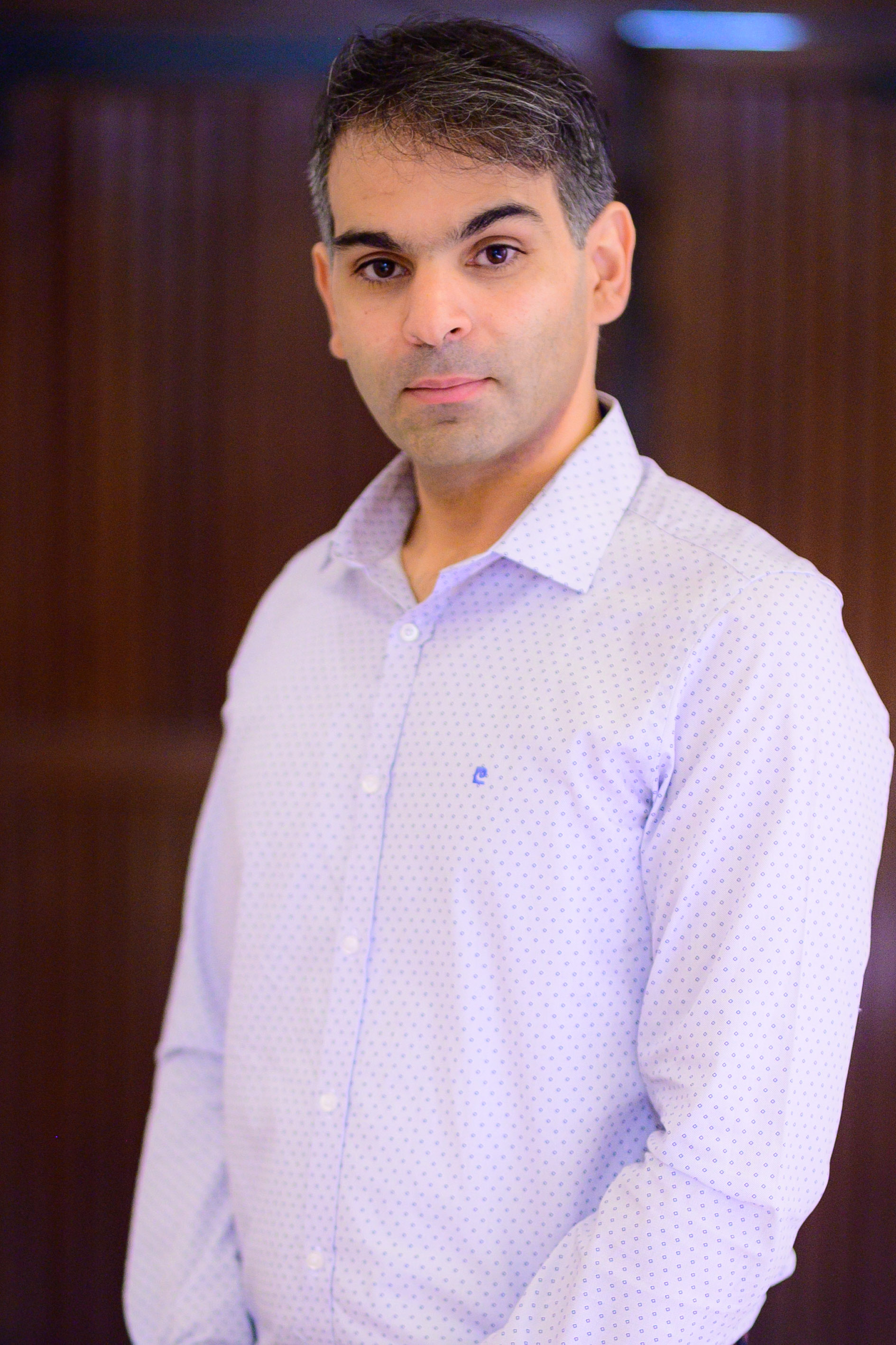 A visionary champion for youth and community development and a gifted violinist, Nabeel Abboud-Ashkar has led and inspired people from all walks of life across Israel, Europe and the U.S. He performed with and was a spokesperson for the West-Eastern Divan Orchestra for a decade.

In 2006, Nabeel gave up his music career and returned to his hometown, the Arab-Israeli city of Nazareth, to answer the need he saw in the community for quality music programming. He founded and led the Barenboim-Said Conservatory there. As his efforts expanded, in 2012 along with Craig and Deborah Cogut, he co-founded PF in the USA and Polyphony Education in Israel and the Conservatory was renamed the Polyphony Conservatory.

Having begun his violin studies at age eight, he graduated from Tel Aviv University in both physics and music, and completed his master’s degree at the Hochschule für Musik, in Rostock, Germany.

For his groundbreaking work, Nabeel has been honored with the Charles Ansbacher Music for All Award (2015), Yoko Ono Lennon Award Courage for the Arts (2012), and an Honorary Doctorate from Washington College (2012).

Craig Cogut has spent his career building successful investment businesses. He founded Pegasus, a private equity fund, in 1996 and serves as its Chairman and President.  Through Craig’s leadership, Pegasus has focused increasingly on areas influenced by global resource scarcity and the need for resource efficiency, as well as on the growth in demands for human wellness. In 1990 Craig co-founded and was one of the original partners at Apollo Advisors L.P., a position he held for five years preceding the creation of Pegasus.

Craig is an active philanthropist in the fields of education, civil society and environmental and health issues. In addition to their work with Polyphony, Craig and Deborah helped establish The Cogut Center for the Humanities at Brown University. He also served as a trustee there for several terms.

Craig currently serves as a board member for The McCain Institute for International Leadership at Arizona State University, for the R-20 Regions of Climate Action, for Six Senses (a luxury hotel and resort chain focused on sustainability and wellness), for Lighting Science Group (an LED company focused on using science to improve the health of humans and the planet)  and for PanTheryx (a medical nutrition company whose primary product, DiaResQ, was chosen by The Innovation Countdown 2030 as one of the top 30 lifesaving innovations with great promise to transform global health by 2030) and as a board member emeritus for the Arizona State University’s Global Institute of Sustainability. He is an alumnus of Brown University and Harvard Law School. 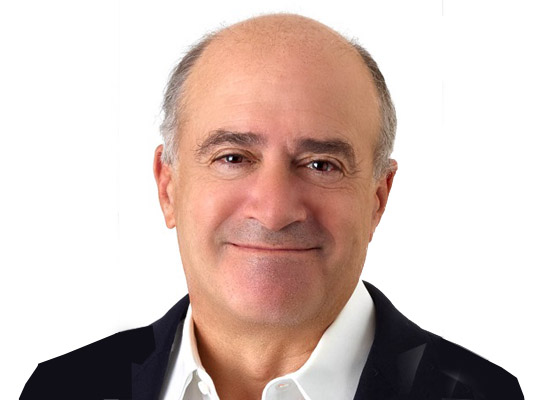 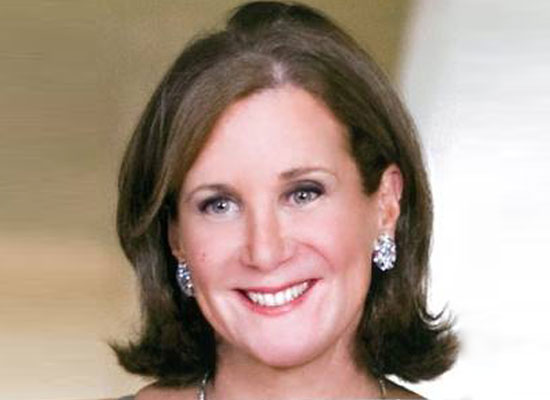 Board of Directors
Polyphony Education

Dr. Adi Francis serves as the Head of the Cardiology Services and Intensive Cardiac Care Unit at the Holy Family Hospital in Nazareth. He is also a member of the Israel Medical Association and Israel Heart Society. Dr. Francis received his M.D. from Hebrew University.

Nini Achinoam (also known as NOA) is Israel’s leading international singer and songwriter. She is also Israel’s first Good Will Ambassador for the Food and Agriculture Organization of the United Nations.

Dr. Bassila Bawardi is a senior lecturer at Bar-Ilan University and Oranim College, specializing in modern Arabic literature and literary genres in the nineteenth century. He is the author of The Lebanese-Phoenician Nationalist Movement: Literature, Language and Identity, 2016.

Dr. Hanna Gaifman is Director of the 92nd Street Y’s Tisch Center for the Arts in New York. She has a Master’s degree in Slavic Languages and Literature from Stanford University and Ph.D. in Comparative Literature from Hebrew University.

Dr. Hank Havassy is the co-founder and joint executive director of Eshhar. He earned a Master’s degree in Social Work from Bar-Ilan University and Ph.D. in Public Administration from the University of South California.

Dr. Singana Oassem is a well-respected family and geriatric doctor at the Maccabi Health Services in Nazareth, the second largest health maintenance organization in Israel. She studied medicine at Tel Aviv University and received her M.D. from the Medical University in Plovdiv, Bulgaria.

has served in institutions such as the Jewish Museum, the Harvard Design School, and the Israel Museum. She earned an M.A. in Middle Eastern Studies at Harvard University. In 2000, Lynn made aliyah and directed Stef Wertheimer’s New Marshall Plan for the Middle East.

A co-founder and active Chairman of Music for Dialogue (MFD), which uses music as a tool for fostering communication and mitigating conflicts. Senior executive with Quadrant Management, New York for over 25 years. Received his Bachelor of Law degree from Tel Aviv University and his MBA degree from Boston University Graduate School of Management; 2016 fellow of the Advanced Leadership Initiative at Harvard University. 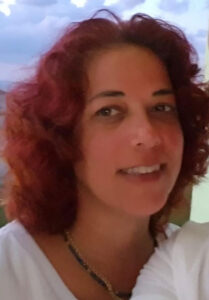 Lilach Saad joined the Polyphony Education Foundation in 2014.  She is a graduate of the Max Stern Academic College of Jezreel Valley. She holds a BA in the Humanities and is currently studying for a Master’s degree in Organizational Development. She lives in Ahuzat Barak in the Jezreel Valley. 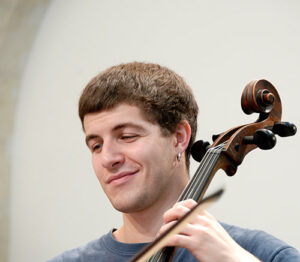 Director of the Polyphony Conservatory

Cellist Sasha (Alexander) Doulov was born in 1987 in Minsk, Belarus. He began his musical studies at the Republican College of Music under the tutelage of Prof. Vladimir Perlin and later under his grandfather Prof. Nikolay Scherbakov. He is an alumnus of the Moscow State Tchaikovsky Conservatory, where he completed his Bachelor’s as well as Master’s degrees under Prof. Kirill Rodin.

Horn player Michael Altshuler was born in St. Petersburg, USSR. He is a graduate of the Jerusalem Academy of Music and Dance high school. He holds a Bachelor’s degree in Orchestral Performance from the Frankfurt University of Music and Performing Arts and an Artist’s Diploma from the Buchman-Mehta School of Music at the Tel-Aviv University. He has been a member of the Israel Symphony Orchestra Rishon le Zion since 2015. Michael joined the Polyphony Conservatory in 2016 and has been head of it’s wind instruments department since 2019. 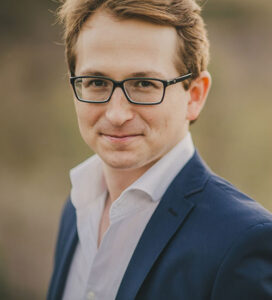 Ollfat Haddad is a resident of Nazareth and joined the Polyphony Conservatory in 2015. She studied Internal Design and Software Engineering. She has a rich experience in logistics, Project Management and has been active as an administrative professional in many different foundations. 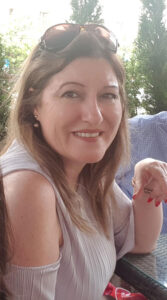 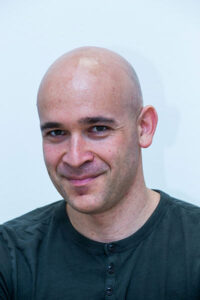 Dr. Dan Sagiv is a leading expert in music education. He holds a BA with honors in Musicology and General History and an MA with honors in Musicology from Tel-Aviv University. Dr. Sagiv earned his Ph.D in music education from the Hebrew University’s School of Education. He is also a sought after lecturer in some of Israel’s leading higher education institutions. In 2020 he was appointed principal of the prestigious Thelma Yalin high school. Dr. Sagiv joined the Polyphony Foundation in 2015 as it’s Head of Curriculum Development. 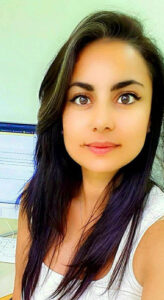 Nawras Sliman was born and raised in Accre. She is a graduate of the Accre Conservatory’s Violin class. Nawras holds a BA in Community Music and Theatre from the University of Haifa and an MBA in Business Administration from the Ono Academic College – Haifa Campus. She is also active as a personal coach in association with the Landmark company.  Nawras is a trained Arab Language teacher. She holds an M.ED from the Arab Academic College for Education. Nawras joined Polyphony Education in 2019 as it’s Alhan Music Appreciation Program Manager.

Violist Doron Alperin was born and raised in Petah Tikva, Israel. He is a graduate of the  prestigious Thelma Yalin High School. After completing a BA in Musical Performance at the Buchmann-Mehta School of Music at the Tel-Aviv University he went on to study in Europe. He is an alumnus of the Mozarteum University Salzburg, Austria and of the Rostock University of Music and Theater, Germany. Doron has been a member of Daniel Barenboim’s West-Eastern Divan Orchestra since 1999, of Valery Gergiev’s World Orchestra for Peace since 2009 and of the Israel Symphony Orchestra Rishon le Zion since 2018. He is a founding member of the Galilee Chamber Orchestra and has been it’s Manager since October 2019. 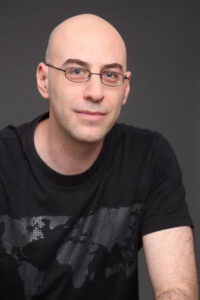