Bright, passionate and immensely dedicated, our Conservatory and Seminar students form the heart of our community.

Here are some of their music biographies.

Yamen Saadi was born in Nazareth and began studying the violin at the Polyphony Conservatory at the age of nine.

He has participated in master classes at Rostock University. Yamen is an active orchestra player as well as a soloist. He joined the West-Eastern Divan Orchestra in 2008 and has played in many concerts and festivals all over the world including the Proms at the Royal Albert Hall. In 2010, Yamen performed as a soloist with the Haifa Symphony Orchestra.

Yamen is a two-time winner of the America-Israel Cultural Foundation scholarship. Yamen has participated in the Polyphony Conservatory’s various U.S. tours and is an active member of the Galilee Chamber Orchestra. In March 2012, he won first prize at the prestigious Paul Ben Haim Competition in Tel Aviv and was the first Arab to have achieved the prize.

Hagit Bar Sella is a cellist from Kibbutz Harduf. She has been playing the cello for nine years and has studied with Hillel Zori, Uri Chen and Susan Berman. Hagit has also taken master classes from Uzi Wiesel and Itai Chen. When she was 12, she played two solo pieces with a youth orchestra conducted by Uri Chen.

She is a member of the Young Israel Philharmonic Orchestra and leads the cello section of the Kibbutzim Youth Orchestra, with which she has toured Germany. 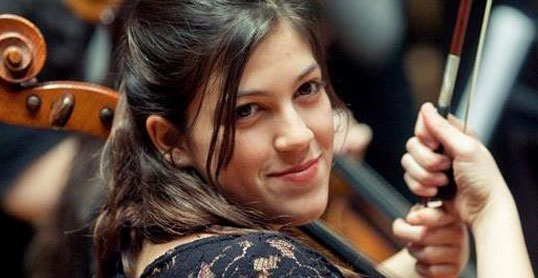 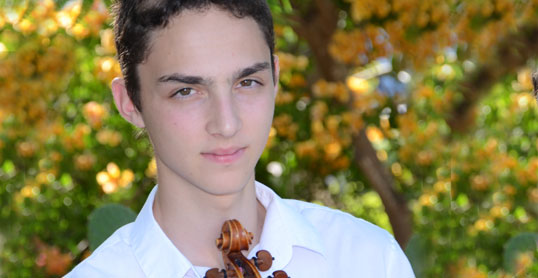 Tal First is a violinist from Caesarea. He began his violin studies with Mr. Geri Ferber at the age of six, and continued his studies with Ms. Svetlana Simannovsky at the Thelma Yellin High School of Arts and later on at the Buchmann-Mehta School of Music.

He has taken part in master classes with musicians such as Itzhak Perlman, Christian Tetzlaff, Julian Rachlin, Ivry Gitlis, Leonidas Kavakos and Miriam Fried. Tal has been an active student in Polyphony’s programs since 2012 and plays in their international concert tours.

Today Tal Studies at the Juilliard School with Mr. Li Lin, and plays on a Pollastri Violin generously loaned to him by Mr. Yehuda Zisapel.

Mais is a flutist from Nazareth. She began playing the flute at the age of thirteen at the Polyphony Conservatory (then named Barenboim-Said Conservatory) with Avichai Ornoy.

Three years later, she began studying with Roy Amotz. She took part in several master classes in Austria with Michael Kofler, in the United States with Carla Ordoniez and in Germany with Guy Eshid and Gili Schwarzman.

In 2011, she played with the Polyphony Ensemble on its first U.S. tour, performing in California, New York, Rhode Island and Washington D.C. In 2016, she performed solos with Polyphony under the direction of Zubin Mehta and Saleem Ashkar.

Today, Mais is an active chamber music player, orchestra player as well as a soloist and is completing her studies at Bard College as the recipient of a scholarship. She continues to give back to Polyphony as a musician and community volunteer. 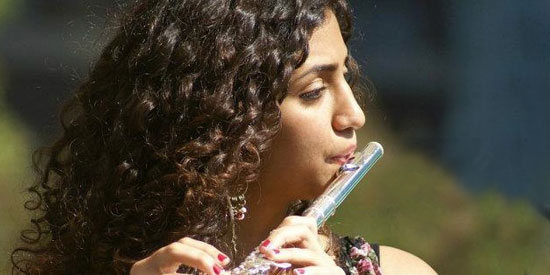 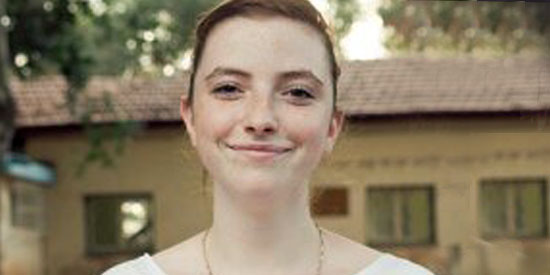 Shir has been playing the violin since she was seven years old. She lives in Moshav Neve Ilan near Jerusalem and graduated from the High School Academy of Music and Dance in Jerusalem. Today Shir is studying at the Buchman Mehta School of Music at Tel Aviv University under Mila Feldman, as she completes her military service in the Israeli Defense Forces.

Shir has served as concertmaster in the symphony orchestra conducted by Zvi Carmeli and in the Conservatory Chamber Orchestra conducted by Michael Klinghoffer. She has participated in master classes with Ani Schnarch, Vadim Gluzman and Alexander Pavlovsky. In 2016, Shir participated in a concert tour in China on behalf of the International Youth Orchestra of Shanghai.

Since 2015, Shir has participated in Polyphony’s Seminar-in-Residence program. She has travelled to New York and Dallas to perform in Polyphony quartets

Shaden is a violinist from Haifa, where he began his musical studies at age seven at the Rubin Conservatory.

Shaden received his B.A. in Musical Performance from the Buchmann-Mehta School of Music at Tel-Aviv University, studying with Professor Hagai Shaham, with whom Shaden continues to study privately. He has taken master classes with Miriam Frid, Ani Schnarch, Giora Schmidt and Sergey Ostrovsky.

In 2007-2009, Shaden participated in the Barenboim-Said Foundation music workshops in Beit Beit Jala and Ramallah. In 2011 he played with the Young Israeli Philharmonic Orchestra and won a prize for performing Mendelssohn’s violin concerto with Haifa’s Symphony Orchestra.

Shaden has toured the United States with Polyphony twice, playing as the first violin. He is the first Arab graduate of Polyphony’s programs to join the Conservatory teaching staff. 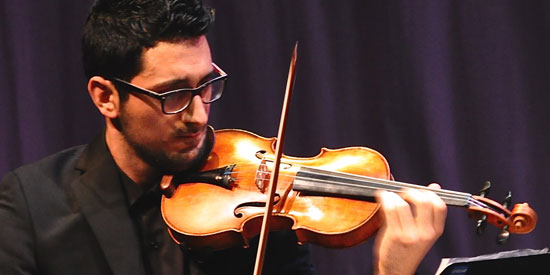 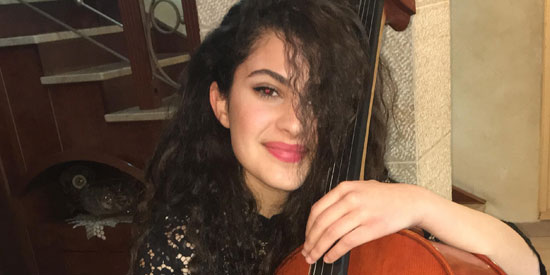 Nada has participated in many musical educational tours around the world since 2013, including a one-week musical seminar in Belgium, one seminar in Germany and a musical summer camp in Italy.

In 2014 and 2017, she went on tour with Polyphony to the United States, performing with the Israeli singer David Broza. Nada most recently performed with the Galilee Chamber Orchestra and special guest Sir Andras Schiff. She also plays for thousands of schoolchildren through Polyphony’s Alhan Music Appreciation program.

Coming from Jerusalem, Ella began playing the violin at age seven and then switched to the viola. She is currently studying at the Jerusalem Academy of Music and Dance.

Ella studied at the Israel Conservatory of Music in Tel Aviv in 2012, and participated in the masterclasses with Miriam Fried, Lilach Levanon, Krzysztof Chorzelski, Uzi Wiesel, Yitzhak Rashkovski, Itzhak perlman, Jeffrey Irvine, Carol Rodland, Emmanuella Reiter, Amihai Grosz and other distinguished artists. She was also a member of the Young Israel Philharmonic Orchestra from 2011 to 2015.

Ella has been part of Polyphony’s Galilee Chamber Orchestra program since 2015. 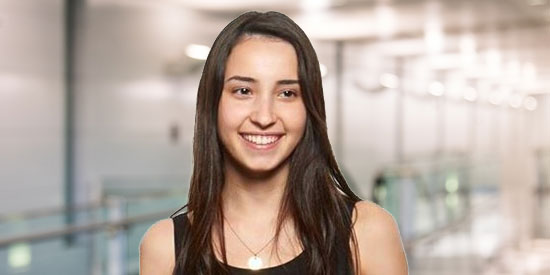