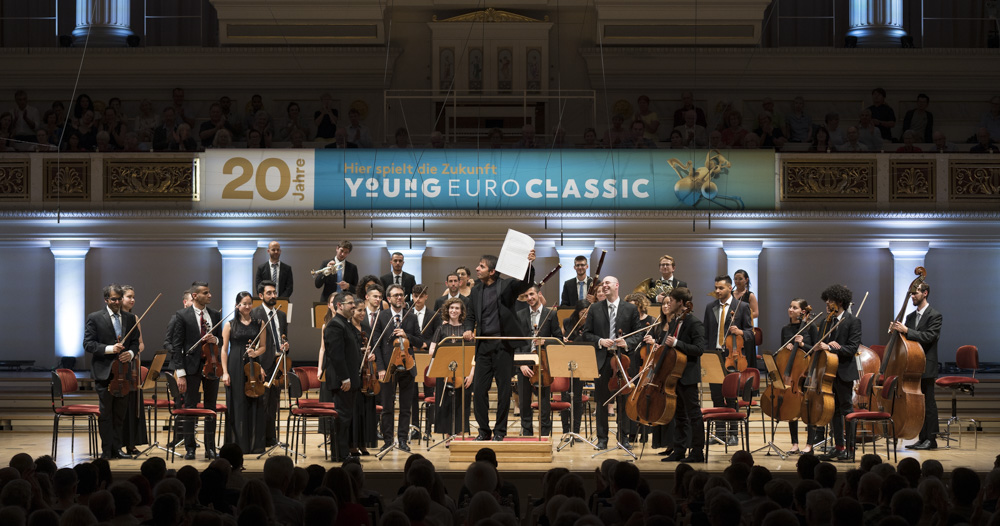 This summer, the Galilee Chamber Orchestra performed in Europe for the first time, giving concerts in four cities in Germany: Berlin, Hannover, Osnabrück, and Wiesbaden. Directed by pianist and conductor Saleem Ashkar, the Orchestra is a dynamic one comprised of 37 Arab and Jewish musicians, including 20 professional musicians; 10 Seminar graduates and five advanced Conservatory students between 17 and 24 years old. This combination brings a unique energy to the ensemble and allows professional and student musicians to play side by side.

The musicians come together with a shared goal of creating beautiful music. Their focus and motivation transcends the often discussed cultural differences. For them, it is all about the music. Raz Arad is a 26-year-old trumpet player from Rishon Lezion who first played in the Galilee at the Christmas concert last year. Of the Orchestra’s musical goal, he said, “I think almost everybody came to this project with the same set of mind, of having a good time and making wonderful music.”

Seventeen year-old Conservatory student Phoebe Kamhawi has been playing the viola for nine years. Precocious and multi-talented, she has been playing with the Galilee Orchestra for nearly two years. For Phoebe, “I have learned that no matter who that person I just met is, whether his culture is different than me, or whether our thoughts differ, we were both human beings who have gathered to achieve the same goal: Make music together. We are all the same…”

Samir Graieb is an 18 year-old clarinetist who has studied at the Conservatory for eight years. This tour was his first experience in the Orchestra. He shared similar thoughts about connecting with his fellow musicians. “Relationships were so easy to make…because everyone was friendly and kind. We all treated each other like human beings without thinking about backgrounds, nationalities, and religions,” he stated.

Polyphony Co-Founder Nabeel Abboud Ashkar said that the tour “showed the musicians that their message was really getting through to audiences. The members of the orchestra have realized the power of what they do….how powerful our message is through music and in partnership. It created a much stronger bond and commitment among the orchestra members.” He continued, “Seeing this growth assured us once again that Polyphony’s mission and what we believe in is working and is true.”

This tour was a defining moment in the Orchestra's development, in our sense of unity and purpose. - Saleem Ashkar, Conductor

With a clear focus on the music, the Orchestra convened in Tel Aviv for rehearsals prior to the tour. This necessary preparation is particularly beneficial for the younger musicians because they participate in a professional-level rehearsal alongside seasoned musicians, some of whom are their teachers. Phoebe said, “The rehearsals might be intense, but it is on a high level.”

Two of the youngest players, Phoebe and Samir, say that the level of Orchestra significantly improved their playing and musical aptitude. Even before the tour, the musicians were working hard. Samir said, “I’m one of the youngest players, therefore I had to prepare myself and be 200% ready for the tour so I could play at the same level as each and every person from the Orchestra.” He continued, “Practicing that much for the tour granted me excellent progress in my musical playing.”

Phoebe said, “I have gained a lot of confidence concerning public performance, as well as the progress that I made music wise. My playing techniques improved and my music sense has leveled up.” Raz, a young professional, concurred: “It felt like everyone was well prepared and doing their best for it to be a successful tour. The result really surprised me because it is extremely hard to get to a level where everybody is listening to each other, playing together with homogeneous sound, and playing as a section. As an orchestra, it was really uplifting to see how the venues and audience really elevate the music to a whole new level.”

The highlight of the evening was Beethoven's First Symphony...You cannot play that better. - Clemens Goldberg, rbbKultur

Their work paid off and the Orchestra received rave reviews. In Berlin, Clemens Goldberg of rbbKultur, a leading cultural publication, wrote, “The highlight of the evening was Beethoven’s First Symphony. So much lightness, brilliance, and polished dialogues! You cannot play that better.” Stefan Shickhaus at the Wiesbadener Kurier wrote of the Beethoven symphony, “New, modern, and amazingly contemporary.” “Nothing sounded like good will, everything was according to genuine Beethoven competence, presented by an orchestra that played its full advantage as a small ensemble.”

Perhaps the most important reviews come from the orchestra members themselves. Phoebe beamed: “My favorite part of the tour was the moment that the crowd stood up and clapped. Those moments gave me goosebumps. Every. Single. Concert. I can say that those moments are the ones I live for. Being able to make music and meet the audience’s expectations and even higher!!”

Raz said, “I think my favorite part was at every end of a concert, the audience gave us a standing ovation for at least 5 minutes. It was overwhelming. I really liked all of the concerts – the venues were absolutely beautiful.”

For Samir, he will remember “looking at ourselves as an Orchestra throughout the concert, seeing how focused we were and seeing what an amazing performance we gave the audience.”

Conductor Saleem Ashkar concurred, “This tour was a defining moment in the Orchestra’s development, in our sense of unity and purpose, in both musical and personal ways. It was a huge and important boost for the musicians to be received with such warmth and enthusiasm!”

We were hoping that this tour would start something and it definitely did. - Nabeel Abboud Ashkar, Polyphony Co-Founder

The Galilee Chamber Orchestra shines as an example of Polyphony’s work as it provides an extended opportunity for musicians to develop as performers, cultural ambassadors, and people. Bringing together talented musicians from different backgrounds, ages, and skill levels for a shared goal transcends everything else. For Raz, “It didn’t feel any different than the other projects I’m doing in Israel. I don’t consider it out of the ordinary just because we were Arab and Jewish musicians playing together. That is what we are, professional musicians, and that’s our job…This tour only reinforced my feeling that any conflict can be overcome if people are willing and able to listen to one another.”

Perhaps it is due to the open-minded nature of most musicians that their perceptions of the “other” did not change. Samir said, “I never had any misconceptions or bad ideas about my culture or the other culture. I respect both of them and the tour proved to me that we can get along so easily since we have a lot of things in common (not even including playing music).” He continued, “For me, playing for an orchestra that merges two different cultures gave me the opportunity to get to know the other culture so well through making friendships with my new colleagues.”

Phoebe put it best when she said, “The orchestra members are professional musicians as well as amazing people from the inside out. At the end we are all musicians who are making music together, enjoying our time and effort in forming this outstanding orchestra.”

For Nabeel, his goal to advance Polyphony’s message is being realized. “It is most rewarding and assuring that by the time the tour was over, the Orchestra received invitations for future performances in 2021. We are already working with our agent on future performances,” he said. “We very strongly believe that the success of this tour will lead to creating new opportunities for Polyphony and the orchestra to perform and present itself at major concert halls and to continue spreading the Polyphony message to audiences around the world.”

Thanks once again to the Russell Berrie Foundation for their tremendous support of this significant milestone.

Highlights from the debut performance at the Konzerthaus Berlin on July 31, 2019.

I have learned that no matter who that person I just met is, whether his culture is different than me, or whether our thoughts differ, we were both human beings who have gathered to achieve the same goal: Make music together. We are all the same with maybe the difference of language, origin or even just that our minds think differently. - Phoebe Kamhawi, viola

As a professional orchestra, together, we gave our best. Everyone dedicated time for rehearsing and studied the music so hard in order to give a high-quality performance that stands for the standards of the great music halls we played in. - Samir Graieb, clarinet

I think my favorite part was at every end of a concert, the audience gave us a standing ovation for at least 5 minutes. It was overwhelming. - Raz Arad, trumpet

At the end we are all musicians who are making music together, enjoying our time and effort in forming this outstanding orchestra. - Phoebe

Enjoy photos from the tour: 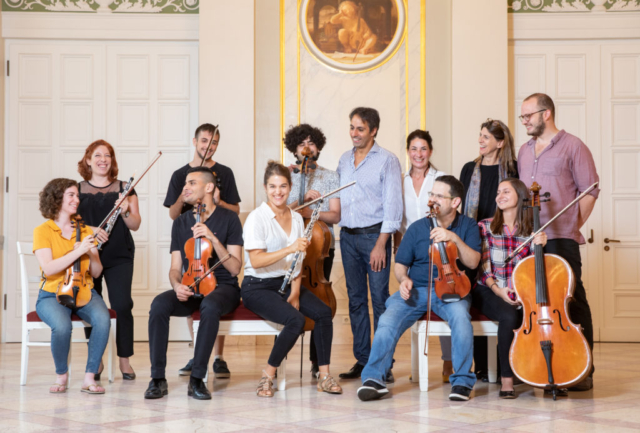 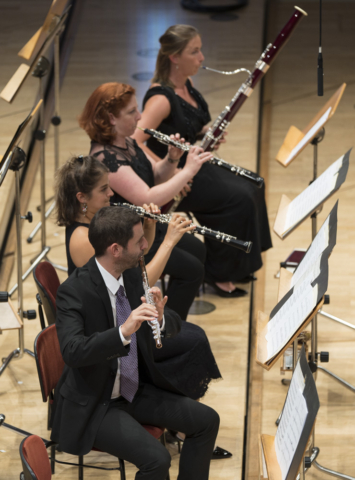 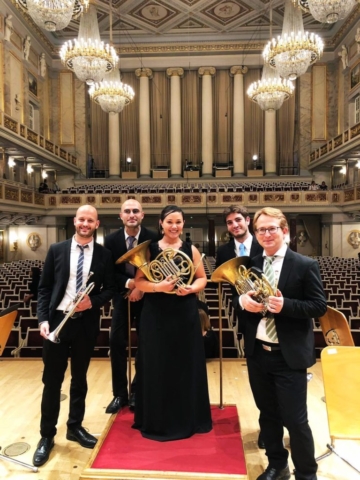 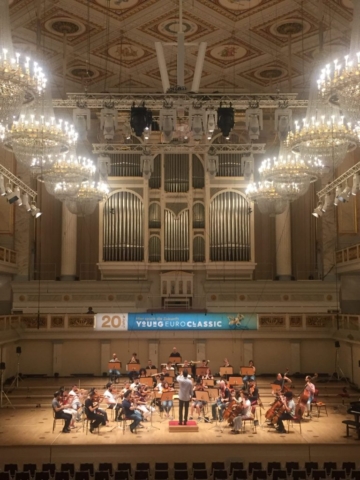 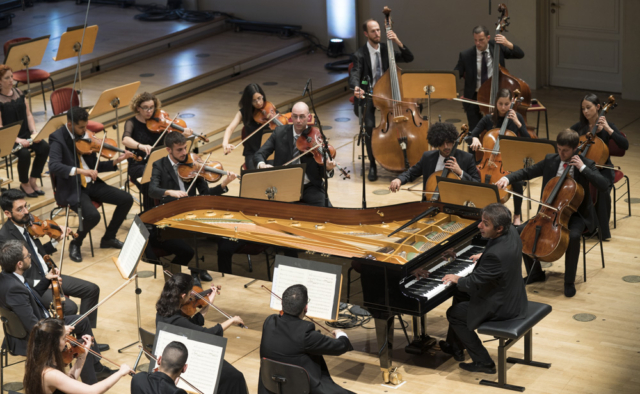 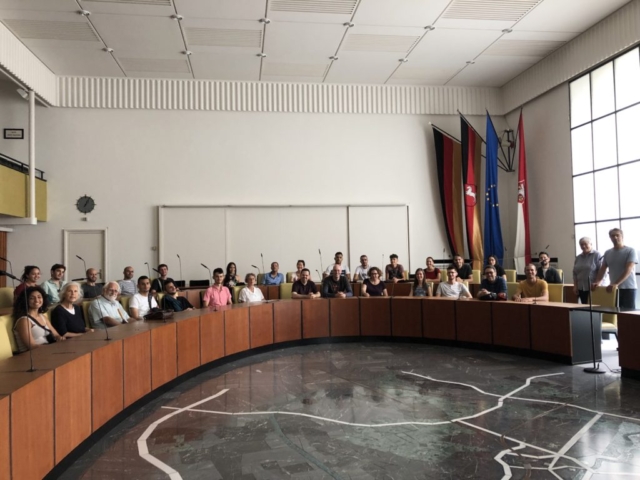 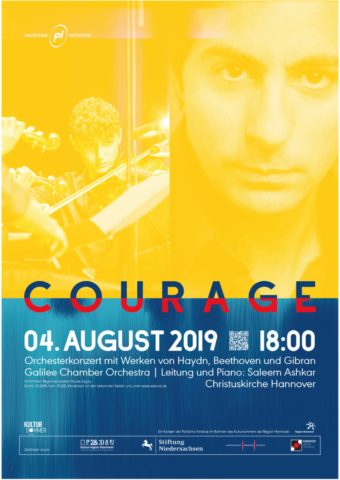 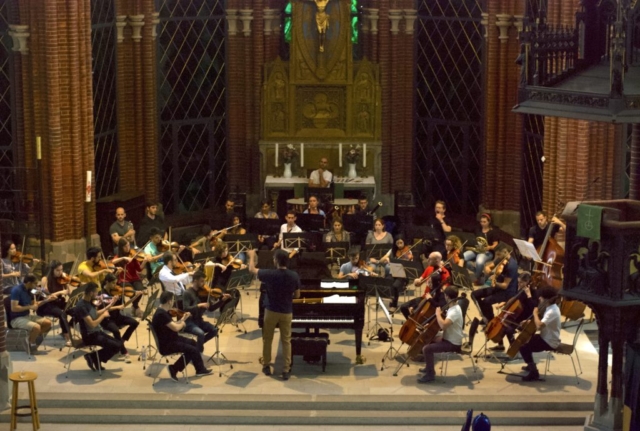 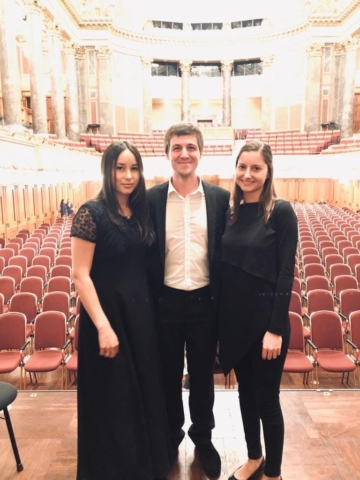