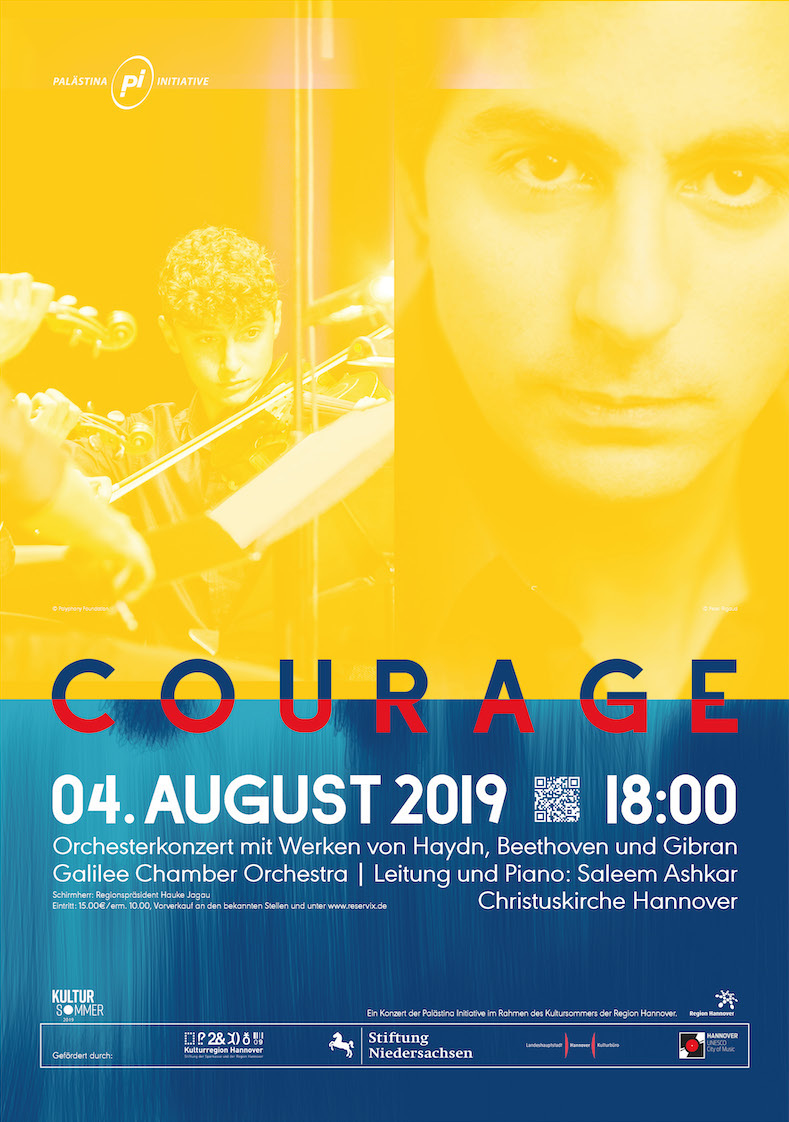 Polyphony is thrilled to announce that the Russell Berrie Foundation is generously supporting the Galilee Chamber Orchestra’s first European tour this summer.

Bringing together musicians from all over Israel from Tel Aviv, Jerusalem, Haifa, and Nazareth, the Galilee Chamber Orchestra will give a series of performances in Germany.

The program will include:

Directed by pianist and conductor Saleem Ashkar, the Orchestra will perform from July 31st to August 8th at the Konzerthaus Berlin, Christuskirche in Hannover, the Osnabrück Music Festival, and at the Rheingau Festival.

“Wherever there is talk of idealism and humanity, the name Beethoven appears. Why? Because these thoughts have driven him for a lifetime and fueled his revolutionary spirit,” says Saleem Ashkar. He is currently intensely involved in a major project – recording the complete Beethoven piano sonatas on Decca records.

What Ashkar admires about Beethoven is also about the work of the Palestinian Christian from Israel. Ashkar’s political attitude is reflected in his artistic work and seeks to touch people regardless of their origin – for example, in concerts in Israel before Muslim, Christian or Jewish audiences (from Rheingau Festival page).

In a 2015 interview with Yorkshire Magazine, Ashkar says, “Through music, I crossed and left behind national boundaries. I’m not making a big political statement. But the reality is that if you give a child a ‘bigger stage’ (music), it’s a transformational experience.”

As an ambassador of the Music Fund, Saleem Ashkar supports musicians and music schools in conflict areas and developing countries.

Among its many philanthropic interests, the Russell Berrie Foundation invests in leaders and institutions that aim to develop Israel’s northern region, contribute to a vibrant Jerusalem, and transform how the next generation of Israelis think about culture, heritage and Jewish identity.

About The Galilee Chamber Orchestra

The Galilee Chamber Orchestra broke ground as the first professional orchestra composed of Arab and Jewish musicians in Israel.  When it started in 2012, the ensemble had only three Arab musicians. Now more than six years later, the 35-musician orchestra is composed of equal Jewish and Arab members, and enjoys an international reputation and performance schedule of six major concerts a year, plus numerous performances as a part of Polyphony’s in-school music education program, Alhan.

Moved by Polyphony’s top-notch musicianship and vision for Arab and Jewish equality, world-famous musicians from cellist Lynn Harrell to pianist Sir András Schiff perform with the Orchestra in Israel. The Galilee Orchestra’s impact extends throughout Israeli society: its performances bring classical music to peripheral communities,  enriches those communities with burgeoning cultural scenes, and serves as a model for cooperation and cultural exchange to all of its audiences.

Where will they go?